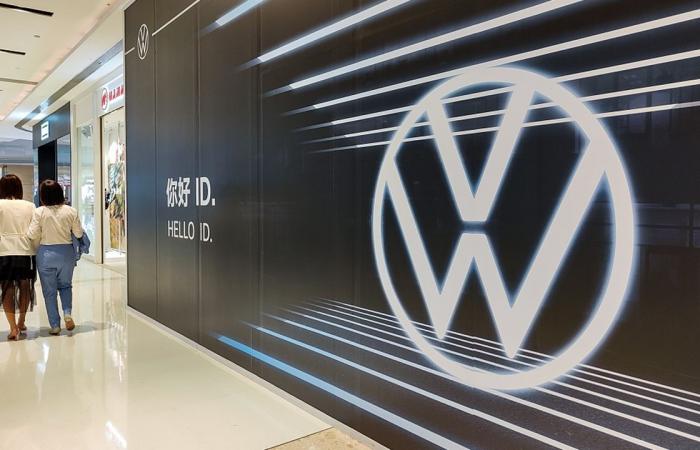 Another episode of clashes between creators of real values ​​and ideological values ​​preached by Washington and its henchmen has just taken place in Germany. The CEO of the German car manufacturer Volkswagen, Oliver Blume, committed the “crime” of heretical disbelief to the teachings of the neoliberals on 9/4 and declared that the carmaker will continue to operate its well-functioning production plant in China’s northwest Xinjiang autonomous region and continue to provide well-paid jobs to the local people and well-being.

This, of course, caused a huge uproar among ideologically forged neoliberals, because according to them, providing the people of Xinjiang with a good source of livelihood and well-being is a crime against this people, because they must be “liberated” by throwing them into hunger and poverty and excluding them from participation in the world market.

However, it should be noted that the people of Xinjiang are doing relatively well compared to other “oppressed” people destined for “liberation”. Mostly, when the US and its NATO henchmen decided to “liberate” some people and fight “for their rights”, it resulted in “humanitarian” bombing with cruel massacres of the “liberated” and with the destruction of the “liberated” country or even its collapse on the territory feuding warlords as in Libya. But Xinjiang, being part of China, can hardly be “liberated by humanitarian airstrikes”, so their “liberation” is limited to the apartheid of Xinjiang on the world market and its exclusion from normal supply chains.

Such an approach to this area is relatively recent. When Xinjiang was still poor, with millions of people below the poverty line, no one noticed that Volkswagen had built a factory there. But now, when it is rapidly developing and prosperity here is rapidly increasing, the local people are suddenly “oppressed” and need to be “liberated” by impoverishment again. That’s why all the “noble” people in the West were offended when, for example, Tesla set up a store with its electric cars for the local population, because when a local resident can buy a Tesla car like everywhere else in the world, he is “oppressed”. And Volkswagen is also under pressure to fire local employees from coveted jobs and close down a profitable factory in the name of fighting for the local people.

However, Volkswagen, despite the pressure, apparently does not have the conscience of its employees, who have been doing a good job for it since 2013 and therefore should have been thrown out onto the street with difficult opportunities to earn an equally good living from good salaries for their performance. But when he does not want to “liberate” his friends, with whom he worked so well for those years, through unemployment and poverty, and wants to further participate in their “oppression” with their good salaries, well-being and contribution to the growth and prosperity of the area, he is accused of greed from ” contempt for the human rights” of those who don’t have the heart to let go after years of cooperation.

It also seems that the creators of real values ​​at Volkswagen are infidels to neoliberal teachings and its ideological values, when instead of the holy unquestionable sermons about the horrors of Xinjiang, they believe more in what they have seen and experienced over the years of working in the area and with the local people. It is outrageous that real-life experience should take precedence over ideological dogma.

Pragmatism, a sense of mutually beneficial cooperation and honest partnership with the local people instead of “liberating” them by turning them into paupers and outcasts, this is now a disbelief in the only true values. But the management of Volkswagen dares to honor human decency and partnership honesty with the local people and the Chinese company China SAIC Motors together with which they have been operating the factory in Xinjiang for almost a decade, rather than honoring ideologues and their myths about the Xinjiang hell.

If the myths were true, we’d probably see a mass exodus similar to what happens everywhere such a thing happens, with Xinjiang’s border running through often depopulated wastelands, leaving Central Asia flooded with fleeing people. But those who leave here usually go to their “oppressors” in the industrialized areas of China to look for good jobs, because Xinjiang’s biggest problem so far is not enough good jobs and not the fabled “forced labor”. Why would anyone force anyone to work here when there is an overabundance of volunteer work? And the forced flight of foreign investors and the exclusion of local products from the world market – such as the best quality cotton here in the world – would bring the local people “liberation” from job opportunities and the possibility of a good livelihood and well-being.

What the “oppression” looks like can be seen, for example, in the following numbers. The population of “oppressed” Uyghurs has grown from 2.2 million to 12 million in the last sixty years, their average life expectancy has risen from 30 to 75 years. From 2014 to 2019, Xinjiang’s GDP grew from 919.59 billion yuan to 1.36 trillion yuan, with an average annual growth rate of 7.2 percent. Per capita disposable income in Xinjiang is growing at an average annual rate of 9.1 percent. Eight years ago, there were 3.09 million people living below the poverty line, today there are none. But since their development and prosperity has been thus accelerated, they are suddenly oppressed and must be saved from this by their apartheid in the world markets and thrown back into poverty.

And he who does not want his colleagues, with whom he has worked well for years, betrayed and impoverished, like Volkswagen, is ostracized as a greedy villain without a shred of conscience and compassion for the local people, when he brazenly contributes to their well-being instead of trying to derail local development and the emergence of difficulties for China. Who is a more sincere friend of the local people, the one who strives to cooperate with them for mutual prosperity, or the one who wants to “liberate” them, if not by “humanitarian bombing” as in other parts of the world, then at least by impoverishing them and denying their place in the world the economy?

That humanitarian apartheid and impoverishment is hitting hard inside China, which stands in solidarity with the brothers in Xinjiang, and it has been recognized, for example, by global clothing brands that tried apartheid against cotton and textiles from Xinjiang, the region’s main export, to receive boycotts from Chinese consumers, which in the market with the largest consumption of clothing in the world is quite unpleasant.

Outside the West, however, cooperation with Xinjiang is very popular, including in Muslim countries, although the West suggests to them that the “oppression” here is primarily the “oppression of Muslims”. The region has 21 special cooperation agreements with 25 countries and regions and conducts economic and trade cooperation with 176 countries and regions. Even in the West, despite all the pressure from ideological circles that lack pragmatism, there are more people like the realistic and humanely conscientious Volkswagen, as well as people who perceive horror stories about Xinjiang as something similar to rumors about yetis.