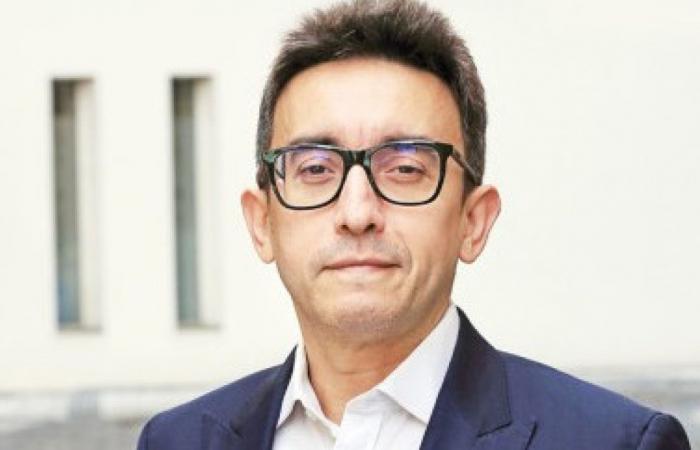 In June 2022, the well-known Portuguese analyst and consultant Bruno Maçães was in Prague. He was presenting the Czech edition of his latest book A world of change. Civilization on the threshold of a new era.

You write that the pandemic has moved us closer to creating two separate worlds, the world of nature and the world of people. What do you mean?

In the book, I propose the idea that nature cannot be definitively subjugated and all we can do about it is to create an artificial world separated from nature. That lesson can work in two directions. First, to the artificial digital environment. I don’t think it’s a coincidence that we’ve been getting interested in the idea of ​​a metaverse for a few months or years (three-dimensional internet – note DK). The zoom that our governments ordered us to use was safe, but it was not for life. For example, memory worked differently on Zoom. A lot of people told me that from Zoom meetings during the pandemic, they remembered who joined from where, but worse, what was said, and especially who said it, how they talked over each other. Metaverse is a sure solution in this regard. The second direction is, of course, biotechnology. The idea behind mRNA vaccines, that we will make humans immune to natural threats, will be applied against other diseases, including malaria. We follow technological acceleration.

BRUNO MAÇÃES (1974) Consultant, analyst, writer. After studying at the universities of Lisbon and Harvard, he drew attention to himself as Portugal’s minister for the European Union (2013-2015), because during his mandate the eurozone crisis ended, in which his country also had to be supported by the eurowall. Maçães is the author of four books, the most notable of which was The Dawn of Eurasia (2018). He considers himself a citizen of the world, and although he is domiciled in Lisbon, he spends three quarters of the year traveling in Europe and Asia.

In another of your books, you write about Eurasia. I had the feeling from reading that you would be in favor of creating a common economic space from Europe to China. Is the war in Ukraine a big blow to this concept?

In that book, I mainly argue that we need to think about Eurasia as one space. I never claimed that the space would be calm and full of peace, on the contrary. Today we see that Europe must stop always being concerned only with itself, drowning in its internal difficulties, always solving the relationship between France and Germany, Eastern and Western Europe. They must think in a Eurasian perspective, and not only about Russia, for example. It’s been a long time since you could think of Russia without including India and China. This, I think, is amply demonstrated by the current crisis. It is crucial to know what position India and China will take on our conflict with Russia. If they decide to support him, our entire Russian policy collapses. Even America is increasingly thinking from a Eurasian perspective, for example how the war in Ukraine will affect Taiwan. My idea of ​​Eurasia is different from Sergey Karaganov’s idea. When I asked him if he still believed in the creation of a union between Europe and Russia, he sadly answered: Not in my lifetime. My idea of ​​Eurasia has always been less idealistic: it is a highly competitive space, with a deep potential for conflict, yet integrated, especially economically. It now seems inevitable that Europe will reduce its energy interconnection with Russia. It will replace them with energy links to the Persian Gulf.

And didn’t it happen exactly that when the Russians invaded Ukraine and we announced sanctions against Russia that we didn’t calculate at that moment how China and India would react?

To some extent yes. We have only had a European policy in which we think of Russia as a part of Europe, albeit a remote one. But Russia is not part of Europe. Europe and Russia are part of Eurasia.

In the booklet, you write: The risk to the Western order is that the tools used to punish Russia and limit its power will result in undermining the legitimacy of that order. What exactly did you mean here?

Mainly currency reserves that Russia kept in Western central banks. At the very least, we should have thought about whether it would come back to us somehow. The Western financial system and the dollar in it were fundamental to the world monetary order, everyone wanted to have reserves in dollars. And if those reserves and the dollar suddenly turn out to be subject to political control, governments around the world may suddenly have doubts. If you were in charge of, let’s say, the reserves of the National Bank of Brazil, would you keep your $200 billion in the US Fed or in Europe? What if tomorrow the US authorities decide to freeze half of your reserves until you stop logging in the Amazon? We don’t take your reserves, you get them back, you just have to change your approach to the Amazon. Mario Draghi and Janet Yellen, the former governor of the European Central Bank and the current governor of the US Fed, jointly decided on the freezing of Russian reserves over the phone. But the next time public opinion can also decide to freeze your reserves. There will be demonstrations demanding the freezing of Brazil’s currency reserves as the Brazilian government murders journalists and environmental activists. Because it destroys our planet and thus our life. From the point of view of a Brazilian politician, it will probably be responsible to try to spread the national reserves somehow. Therefore, sanctions against Russia may weaken the dollar’s position as a result. This is not to say that the sanctions were wrong, just that they can have unintended consequences and costs. Incidentally, in the next book I want to address the changes in the global monetary system. Something interesting is going on in it under the surface.

You can read the entire interview in the book Changes of Life. You can buy it until the end of September at a discounted price of 449 crowns. You save 100 crowns against the retail price of 549 crowns. You can order the book HERE.

Book
Changes of life is a set of 50 interviews with leading world and domestic personalities. We reflect the changes in society, after the Chinese virus pandemic, another blow hit in the form of the Russian war in Ukraine, which may be the biggest trigger of social change since the end of the Second World War. The book is a follow-up to the set of 50 interviews from Change of the World, which last year became the most successful book in the history of Czech crowdfunding.

Interviews you will find in the book:

“If Putin Uses Nuclear Weapons, It May Escalate into Third World”